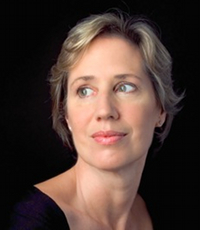 A native of New York City, Helena Dearing grew up in Austria and was educated at the Music Academy in Vienna (now University of Music and Performing Arts), majoring in "Voice" (Prof. Luise Scheit) and "Lied and Oratorio" (Prof. Erik Werba and Prof. Helmut Deutsch) and she studied performance practice with Joseph Mertin, Nikolaus Harnoncourt and René Jacobs.

Later she developed a keen interest in the German Lied, French "melodies" and contemporary music. In 2001 she produced the world-premiere CD for Preiser Records of Haydn’s Welsh Airs with the accompaniment of historic harp. Other CDs include Lieder by Schubert and contemporaries and baroque opera.

Helena Dearing has performed with several well-known instrumentalists, such as Norman Shetler, Claus Christian Schuster and Clemens Zeilinger at the piano, the Altenberg Trio Vienna, the Haydn Academy in Eisenstadt, the Capella Academica and other chamber orchestras. In opera she has performed in several productions of baroque opera with period instruments. Helena Dearing sings in German, English, Italian, French and Czech.

She has been a teacher of vocal technique at both the Universities of Music and Performing Arts in Vienna and Graz as well as of voice and lied interpretation master classes in Austria, Luxemburg and the U.S.

In 2007 Helena Dearing was appointed artistic director of the Brahms Festival in Mürzzuschlag/Styria and, in 2012, of the "Schubertiades" at Atzenbrugg Castle in Lower Austria.