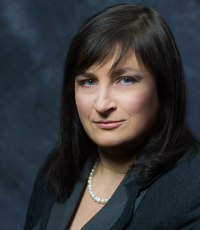 
The violinist Milkana Schlosser was born into a musical family; she started to play violin at the age of five. She completed studies at a Music High School and at the Academy of Music and Dance in her hometown, Plovdiv (Bulgaria), with Mitcho Dimitrov and Alexander Spirov, where she graduated with honors in 1991. Already during her studies, she gave numerous concerts in Bulgaria and Germany.

From 1989 to 1991, Milkana Schlosser was a member of the Plovdiv Philharmonie. She then pursued her studies at the High School for Music and the Performing Arts in Vienna with Prof. Eduard Melkus (violin, baroque violin and viola; 1991-1996) and further, with Igor Ozim, Jan Pospichal and Elisabeth Kropfitsch (1996-1998). She was awarded a grant from the C. M. Ziehrer Foundation in 1991 and a one year study grant (for outstanding success in her studies to date) by the Ministry of Science and Research in 1995. From 1997 to 2004, she was a member of the St. Pölten "Stadttheater" Orchestra. She has performed numerous concerts as a soloist and chamber musician in Bulgaria, Germany, France, Italy and Austria and has also regularly participated in TV and radio productions. Milkana Schlosser has collaborated with many chamber music ensembles such as the "Capella Academica Vienna", the "Vienna Baroque Soloists", "Le Monde Classique", the Symphony Orchestra of Mödling and the Lehar Ensemble to name a few. As such, she was a guest performer at music festivals in Italy, France and Austria (i.e., the Danube Festival for Baroque Music in Grein).

Milkana Schlosser is interested in and performs in many musical genres; her own personal preferences tend towards the Classic of course but also, towards the baroque and the Viennese Classic and Schrammel. She founded and is the leader of her own ensemble "VENIA" since 1996 with which she can pursue these various interests. Milkana Schlosser is concertmaster of the Symphony Orchestra in Amstetten since 2002.

In December 2013, she founded VENIA Audition Academy and Promotion e.U.