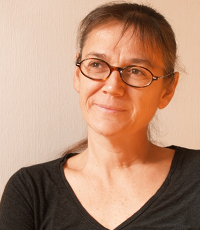 She has lived in Vienna, Austria since 1985 because of her husband’s work (he is concert master with the Vienna Philharmonic Orchestra).

Years of contacts with musicians at all levels and music students intensified an early interest in performance psychology and motivated her to pursue graduate studies at the University of Ottawa (1990-1994) where she graduated with a Masters of Sciences in Kinanthropology (M.Sc.Kin.) in 1994. Her thesis "Excellence in the Performing Arts: A Study of Elite Musicians’ Mental Readiness to Perform" documented musicians’ psychological prerequisites to excellence in the field of classical music as compared to those of elite athletes.

Her presentation as keynote speaker at the "World Congress on Mental Training and Excellence" in 1995, entitled "The Essence of Excellence", introduced the results of her research and was very well received among the participants (psychologists, mental trainers and students in those fields).

Carole Talbot-Honeck works as mental and physical fitness consultant with musicians and music students (e.g., to help them prepare for auditions or competitions). She has given seminars and guest lectures at music universities and conservatories in Austria (e.g., University of Music in Graz and in Vienna), Denmark, the Netherlands and Hong Kong; for orchestras (the Nagoya Philharmonic Orchestra in Japan, the Opera House Orchestra in Zürich) and associations (the "Wiener Oboenverein"); at congresses (the International Horn Congress) and music festivals ("Ost-West" Music Festival in Krems; "Amadeo" in Vaalsbruck).