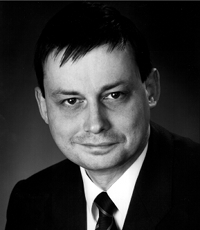 Johannes Flieder studied violin with M. Biedermann at the Conservatory of Vienna (private university, 1966 to 1977). He then chose to study viola with Siegfried Führlinger at the University for Music and the Performing Arts in Vienna (1977 to 1983). He won Second Prize at the International ARD Competition in Munich (Germany) in 1980 and he was offered the position of Solo Viola of the Vienna Symphony Orchestra the same year.

Johannes Flieder has performed as a soloist in Austria (with the Vienna "Concert-Verein" in the "Musikverein" in Vienna, at the Bregenz Music Festival and the Carinthia Summer Festival), in Germany (in Berlin, Essen and Lübeck) and in Hungary. He is an active chamber musician as a member of the Flieder Trio and with various other formations; activities that are well documented in Radio and CD recordings. Johannes Flieder is a member of the Vienna "Concert-Verein" and a regular member of "Concentus Musicus" with Nikolaus Harnoncourt.